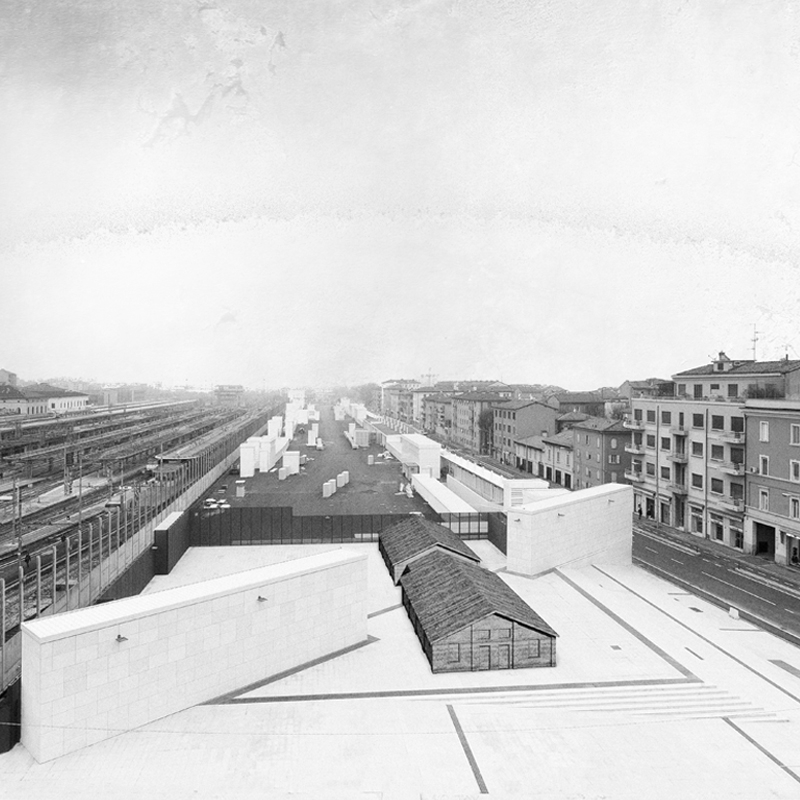 Our proposal for the Bologna Shoah Memorial is a scaled reconstruction of a stone barrack from the transit camp in Fossoli made out of charred timber.

The reconstructed barack of Fossoli is a symbol for the Shoah with a connection to the region of Bologna. It is a link to the actual place of terror. The situation in the city of Bologna increases the recognition of the local facts. The setting, the scaled size and the chosen material generates attention and reflection. It refers to destruction and perishability but also to transition and re-creation.